The sub-wavelength grating vortex coronagraphs (SG-VC) are manufactured at the Ångström Microstructure Laboratory, Uppsala University. Our coronagraphs are made of synthetic polycrystalline diamond and in our cleanroom environment they are subjected to several steps of processing. We buy our optical graded diamond substrates from Element Six and/or from Diamond Materials. We clean them and then sputter them with thin metal films to both protect the surfaces and to utilize them as mask patterns. The metal films are deposited using sputtering with aluminum and silicon targets. 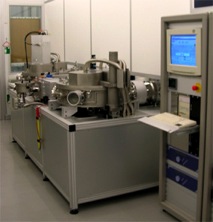 After depositing the films a thin layer of positive photoresist is spun on top. The resist layer is imprinted with nanometer-sized patterns. Our original patterns for the annular groove phase mask (AGPM) and the anti-reflective grating (ARG) are designed within the VORTEX group and then fabricated using electron beam lithography. We replicate the sub-micron patterns into soft PDMS-stamps and then transfer the pattern onto the layer of photoresist. As the stamp makes it impression in the resist, it can be used as a mask when we etch the metal films, the metal films then becomes the new mask for the underlying film and in the end for the diamond itself. For the etching we utilize an inductively coupled plasma (ICP) etch system, in which we use the left chamber for aluminum etching together with chlorine plasmas and then the right chamber for silicon etching with a modified Bosch process which involves alternation between SF6 plasma and C4H8 passivation. The diamond itself is etched in the right chamber using oxygen plasma. These steps are then repeated as one side of the diamond has the AGPM pattern while the other has the ARG. 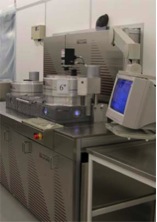 When the microstructures are finished the diamonds are cleaned in acid solutions to remove the leftover and residual metal films. After the cleaning the VVCs are inspected using a scanning electron microscope (SEM) system, in which we determine several geometrical factors – this to be able to guarantee a high performing diamond coronagraph. 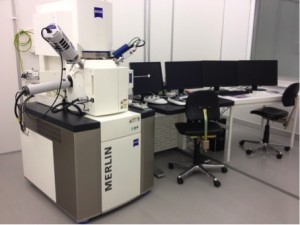 Several vortex coronagraphs have up today been successfully manufactured for the N, L and K-band. 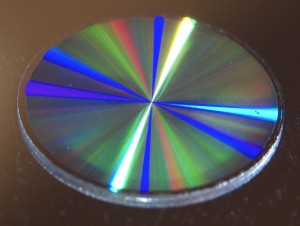 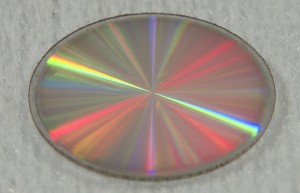 SEM micrographs showing the center of AGPM and the ARG structures 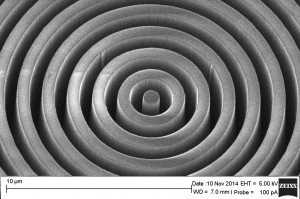 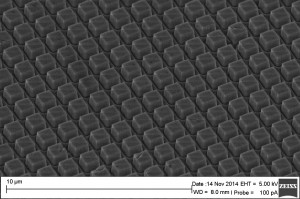